Quartz GL is a Mac OS X graphics feature that comes disabled by default. Quartz GL is a part of the Mac OS X graphics model and system, and as long as you have a supported graphics card (any relatively new card will do), it can seriously boost your graphics benchmarks. This function allows you to easily enable and disable Quartz GL with the click of a button. Changes take effect on reboot. This command modifies the com.apple.windowserver file and adds a QuartzGLEnabled entry to control the state of Quartz GL.

Modify About this Mac

This can modify the RAM info, CPU info, and Image on your About this Mac screen (Apple menu >> About this Mac). Use the different buttons in the dialog to change everything. It is all safe, backups are always made and it can be easily restored so feel free to experiment with it. Any changes you make to the screen take effect upon log out and log in or reboot. Note: This is not Zephyroth’s About this Mac Modifier repackaged, this is a completely new one.

The caches for the system’s applications are stored in /Library/Caches/. Sometimes bad caching can cause unusual behaviour. This option completely permanently deletes the cache forcing it to rebuild. The command used for this action is “sudo rm -rf /Library/Caches“

CRON Maintenance scripts are auto running scripts, part of the BSD system, are scheduled maintenance routines used to remove logs and temporary files. These are by default run early in the morning, but since people turn off their computers at night, sometimes these scripts do not get run. This option manually invokes all 3 CRON scripts and manually runs them. The command used for this is “sudo periodic daily weekly monthly”

Prebinding is a complicated process to explain, so it is advised that you read the Wikipedia article on Prebinding to understand it more. Notice how after you install a program in OS X with Installer, it always says “Optimizing the System” at the end? What it is doing here is updating the prebinding. There is no reason for you to manually have to do this, but this option is also included in the program just in case. The command used for this is “sudo update_prebinding -root / -force”

This function “touches” the Extensions folder to set the correct modification time and file access for the Extensions. Recommended to do once in a while after installing new kexts. The command used for this operation is “sudo touch /System/Library/Extensions”

Many OSx86 computers do not shutdown properly on their own. This button forces to computer to do a hard shutdown. Not the most safe method, but it is the easiest and does the job the quickest and most efficiently. Click the button, enter your password, and in seconds the computer will just black out. The command used for this is “sudo shutdown -h now”

The restart equivalent of the Force Shutdown button. Click the button, enter your password and it forces the system to do a quick and hard restart. Again, not the most safest method but in most cases it is very effective, within seconds the computer will do a quick restart. The command used for this operation is “sudo reboot -q now”

A very simple operation, this backs up the core kernel file (mach_kernel) of your system. A good idea to use before installing a new kernel. The operation is very simple, just a wizard that asks you what drive you want to back up the kernel from (if you have multiple OSx86 installations) and then asks you where you want to back up the kernel file to. This operation is multi-step but the base command for this is “cp /mach_kernel <backuplocation>”

This is the easiest and most safest way to install a new kernel on your computer. The main dialog window of the kernel installer will show the current system kernel information, and the recognized version and make of the current kernel. Click the Start Wizard button to start the kernel installer. This easy wizard will first ask you for a name to name the backup of your current kernel (in case you want to revert back later) and then it will ask you to choose the kernel file to install, and then last where to install the kernel too. Early beta builds of this app had a serious error when installing kernels that were not named “mach_kernel”, but since beta build 51 these problems have been fixed. The kernel changes take effect upon reboot of the system.

This is basically the same as the backup mach_kernel function except that this backs up the Extensions folder (/System/Library/Extensions). It works the exact same way as the backup mach_kernel function. Simply choose the drive you want to back up from, choose the location to back up to, and the program does the rest. Backing up Extensions may take a while so be patient when using this feature.

This is the opposite function of the Backup Extensions Folder option. This can take a previous back up of your Extensions folder and restore it. All you have to do is choose the location where you backed up the Extensions folder to, the drive you want to restore to, and everything else is automatic. Changes take effect upon reboot.

This is one of the most useful and most commonly used functions. Kernel Extensions, or kexts, are usually some sort of driver that adds hardware support to the system. Manually installing kexts can sometimes go wrong, which is where this function comes into play. This is an easy and safe kext installer, just choose the kext(s) you want to install, it auto detects if you are trying to replace an existing kext, backs up the old kext to a folder called “OSx86KextBackup” in the root of the drive, and installs the new kext(s). Everything is automatic, and changes take effect on reboot.

Another very useful function that allows you to install EFI/non-EFI bootloaders and run FDISK on partitions. Here you can choose a disk to operate on, and choose to either install FDISK, or install a bootloader (Chameleon 1.0.11, PC_EFI v8, or Darwin bootloader). This new final release version of OSx86 Tools features true 1 click disk operations. The buttons on the dialog are self explanatory, Redetect Disks finds your hard disks again and refreshes the list, Run FDISK runs fdisk on the selected disk, and Install EFI installs the selected bootloader on the selected disk.

This function takes advantage of a Linux utility called LSPCI, which was then ported to OS X. The first time you click the button, you will be prompted to install PCI Utils (AKA LSPCI). Then it prompts you to reboot, and you can then use the function. In the dialog box that pops up there are 2 options, Run LSPCI and Reinstall PCI Utils. Run LSPCI will pop up an output dialog box and output all your hardware device information and vendor IDs (useful for drivers and troubleshooting). A copy of the info is also stored in lspci.txt, located in the root of your current working drive. Reinstall PCI Utils is obvious, it reinstalls the PCI Utils that were installed on first run in case they were corrupted or deleted.

This Boot Editor allows you to modify your com.apple.Boot.plist file to add boot flags, timeout, quietboot, graphics mode, and EFI strings (Requires PC_EFI v8 or Chameleon). Then you get a dialog box with a bunch of fields where you can modify the values in com.apple.Boot.plist and quite a few options to generate and manipulate EFI strings (device properties) in the toolbar. Warning: Make sure you know what you are doing when using this. It may render your computer unbootable.

A dangerous option, but this will restore your OSx86 install to the first boot, the first time you started it up. This deletes all users/files/settings to start new. Just click the Run Restoration button, it asks whether you want to confirm the permanent deletion and then the script runs in the background and deletes all users, files, settings and restores the computer to defaults. Changes take effect on reboot.

This is a new but extremely important and useful addition to OSx86 Tools. This tool detects your hardware, matches it up against a list of known supported hardware and lists them in a table. The Download & Install button will download install all of the listed drivers automatically and in 1 click. The Download button will prompt you to choose a folder to save the drivers in, and will just download and save the zipped drivers.
If you want to remove a driver that you don’t want to install on the list, then choose the driver entry in the table and click “Remove Item”. To reinstall PCI Utils (which is required for the hardware detection process), click the Reinstall PCI Utils button. To Submit your Hardware info to PCWiz Computer to add to the hardware database, use the “Submit Hardware Info” button. To remove injectors on your system (e.g. NVinject, Natit, ALCinject, NVkush), etc. use the “Remove Injectors” button. This tool must be used carefully, and always back up before making major changes. 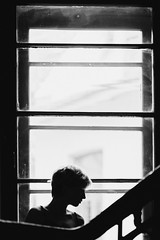 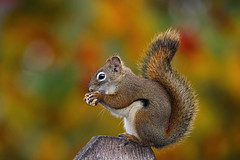 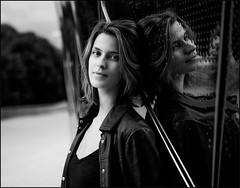 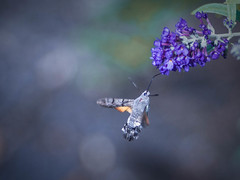